The Head of the Department, Dr. Johny Mac Kay, accompanied b…

Published on August 12, 2022
Back to all Latest News
The Head of the Department, Dr. Johny Mac Kay, accompanied by the Mayor of Kai! Garip Municipality, Cllr Marshall Matthys, is meeting with the learners enrolled in the Road Maintenance Short Skills Programme which was launched during October last year. This program is funded by Construction SETA.
In the context of the Operation Vala Zonke Campaign these learners will assist the local municipality and the Department of Roads and Public Works to repair potholes. Operation Vala Zonke will be implemented across all the districts in the province. We remain committed to advance the quality of roads in our province. 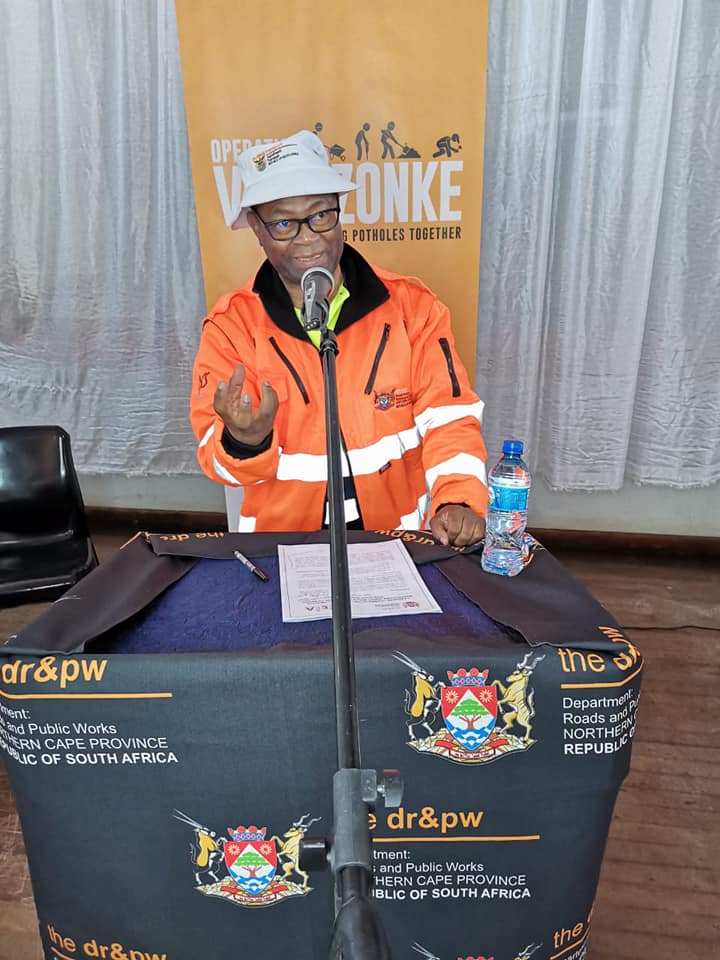 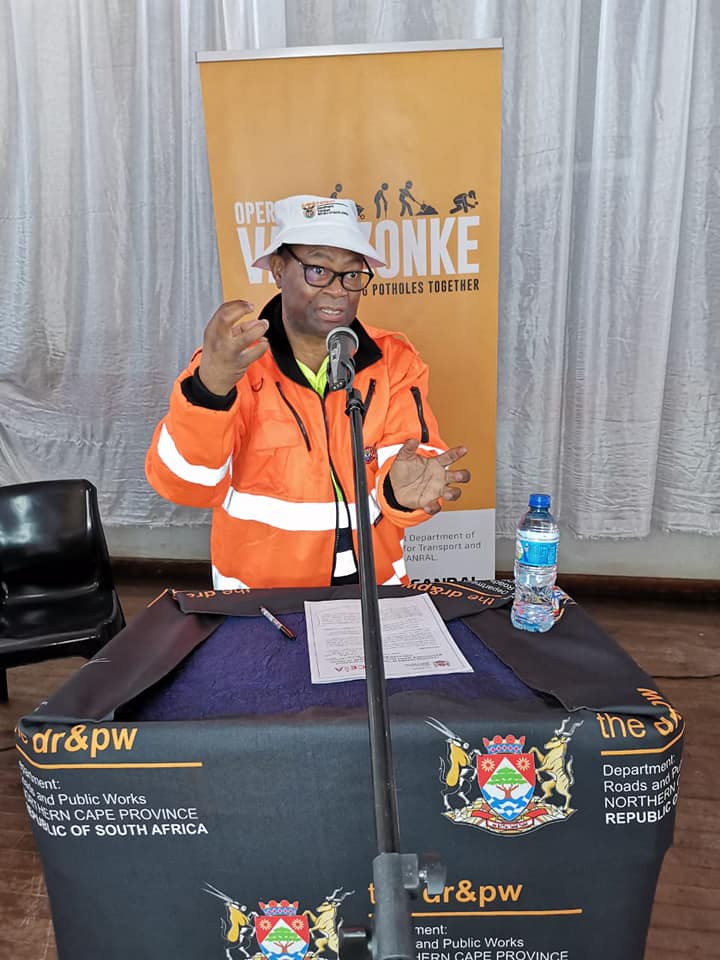 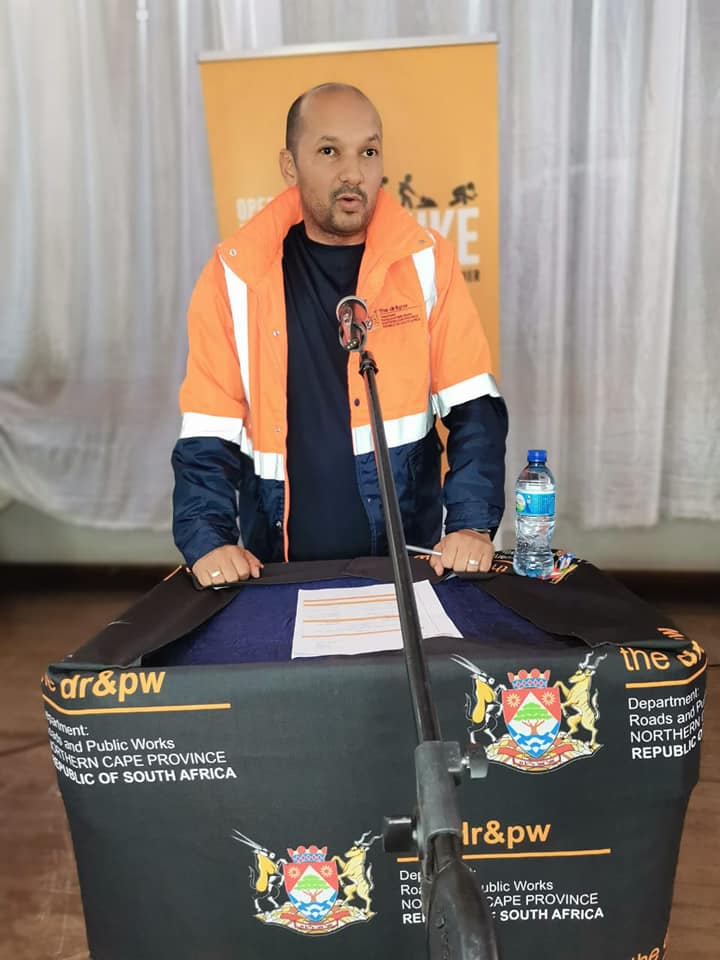 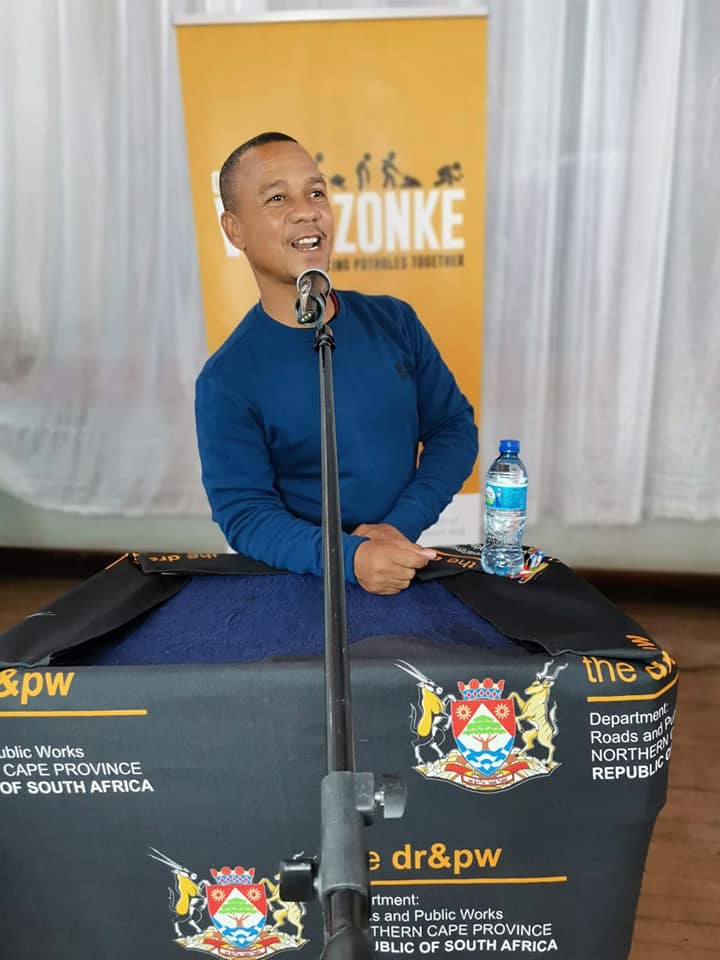 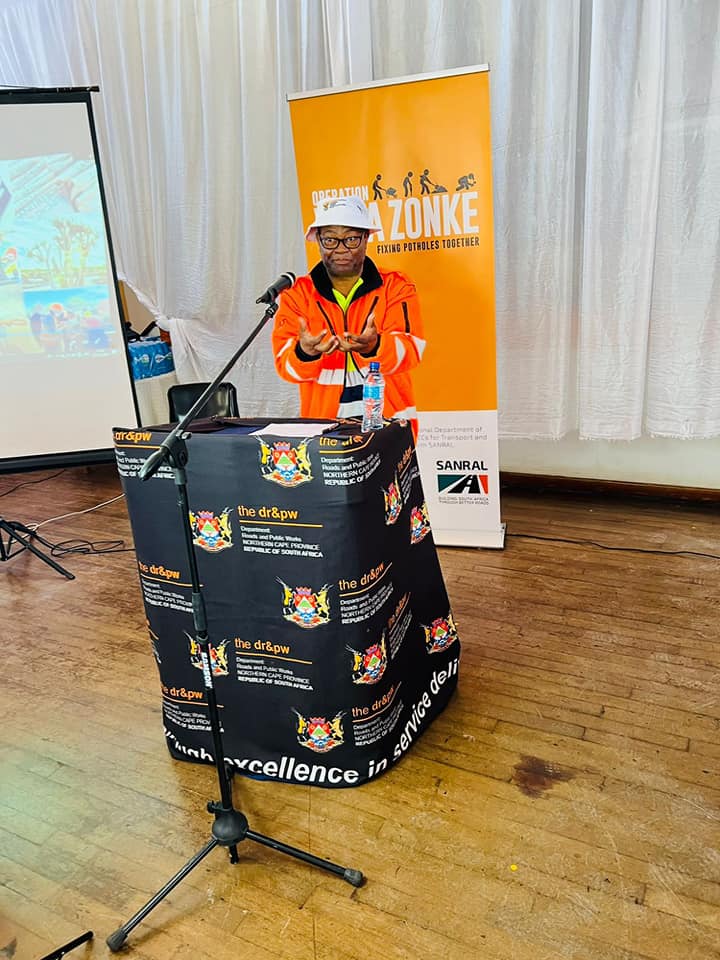